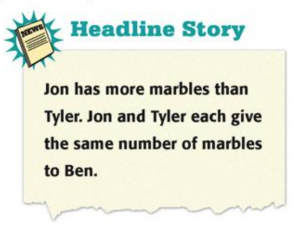 Read the Headline Story to the class. Encourage children to complete the story in creative ways.

Jon has more marbles than Tyler. Jon and Tyler each give the same number of marbles to Ben.