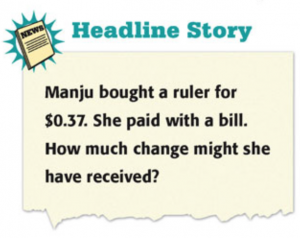 Read the Headline Story to your students. Encourage them to draw logical conclusions based on information in the story.

Manju bought a ruler for $0.37. She paid with a bill. How much change might she have received?