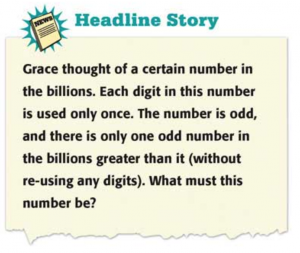 Encourage partial solutions, letting students build on each other’s work. Also, encourage students to question their results by asking “could there be more than one such number?”