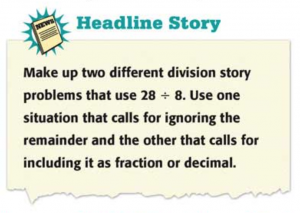 Make up two different division story problems that use 28 ÷ 8. Use one situation that calls for ignoring the remainder and the other that calls for including it as a fraction or decimal.