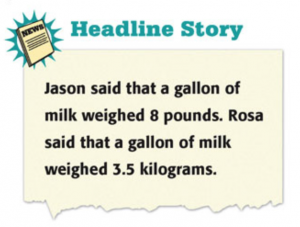 Read the Headline Story to the students. Encourage them to think of interesting statements to make about Jason’s and Rosa’s comments.