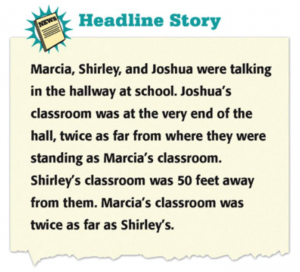 Read the Headline Story to the students. Encourage them to make a model as a reference to guide them, and to think of creative scenarios that incorporate information from the story.