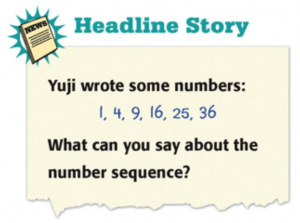 Read the Headline Story to the students. Encourage them to create problems that can be solved using information from the story.

What can you say about the number sequence?