Stories in Numbers, Words, and Pictures, #5 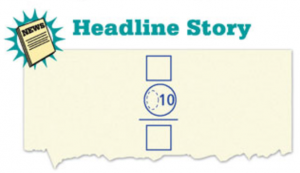 The sample responses are deliberately broader than what a class is likely to produce in any session. With each Headline Story, you might lead to one new response by asking one new question explicitly, to help children learn to give more varied responses.