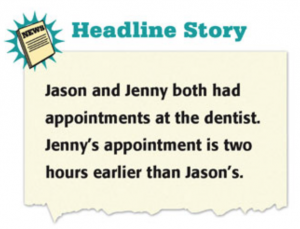 Jason and Jenny both had appointments at the dentist. Jenny’s appointment is two hours earlier than Jason’s.